Historical Perspective of the Sikkim Judicary 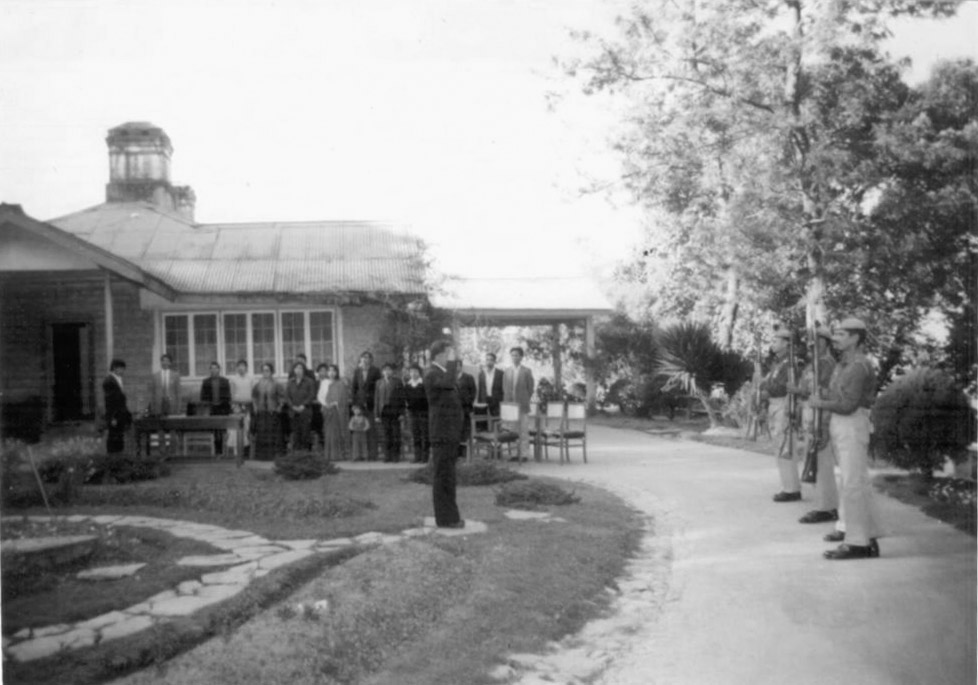 Sikkim has a past history of its own. Prior to its merger with the Union of India in the year 1975 by the Constitution (Thirty Sixth Amendment) Act, 1975, the erstwhile Sikkim was under a monarchy. The King who was popularly known as “the Chogyal” was the fountainhead of justice. Kings words were the laws. Under the then administrative set up there was no place for an independent judiciary. The judicial procedure being followed then was very simple and free from legal technicalities. The Courts were dispensing substantive justice based on the principle of justice, equity and good conscience. Lawyers were not allowed to appear in Court.

The available records do not throw much light into the remote past. It can, however, be gathered from these records that the administration of justice in Sikkim in the last century was be ing carried out by the Feudal Landlords (Adda Courts), Jongpons (District Officers). Pipons (Headmen) and Mandals with the Chogyal at the top.

In 1909, Kazis, Thikadars and Lamas were invested with judicial powers by a State Council resolution. They could try civil suits up to the valuation of Rs. 500/-.

In 1916, an Appellate Courts by the designation of Chief Court was created with jurisdiction to try important original suits and also to hear appeals against the decisions of the Adda Courts. This Court also exercised supervisory and appellate jurisdiction over the Adda Courts. The Chief Court was not the final Court. The appeal against the decision of the Chief Court would lie to the Supreme Court of His Highness, the Maharaja. The Court of the Maharaja was the final Court of appeal in the State. It has no original jurisdiction. A Board on the lines of the Judicial Committee of the Privy Council in England, would hear the parties and scrutinize the evidence regarding merit of the case and then tender its opinion to the Maharaja.

In 1949, the Adda Courts were abolished on the recommendation of the Judicial Proposal Committee. The State was divided into 4 (four) revenue Districts and Magistrates were appointed in District with original and appellate jurisdiction on the criminal and civil side. The Courts of the Assistant Magistrate and the Court of Tahsildars were created. In the lowest rung, a few Honorary Courts of Magistrates were created to dispose of petty criminal and civil cases. The Chief Magistrate had both original and appellate jurisdiction on civil and criminal sides. He had unlimited powers.

From the available records it appears that in 1953, a Judge of the High Court of Sikkim was appointed but in 1955, High Court of Judicature (Jurisdiction and Powers) Proclamation, 1955 was issued establishing a High Court in Sikkim. The High Court thus established was made the final Court in all judicial matters, civil or criminal, subject to the exercise of prerogative by the Maharaja to grant mercy, pardon, remission, commutation and reduction of sentence in case of conviction. The Maharaja had also retained his prerogative to set up a Special Tribunal for the review of any case, civil or criminal.

Upon merger, Sikkim became the 22nd State of India. Under Clause (i) of Article 371F, the High Court functioning immediately prior to the date of merger became the High Court for the State of Sikkim under the Constitution like any other High Court in the country. Under Clause (i) of the same Article all Courts of Civil, Criminal and Revenue Jurisdiction, all Authorities and all Officers, Judicial, Executive and Ministerial throughout Sikkim were to continue to exercise their respective powers subject to the provisions of the Constitution and under Clause (k) all laws in force immediately before the appointed day in Sikkim were to continue to be in force until amended or repealed by a competent legislature or other competent authority.

The Government of Sikkim Act, 1974, which came to be passed in the Sikkim Assembly (which received the assent of the Chogyal on 4th July, 1974) in pursuance of the historical agreement of 8th May, 1973, between the Chogyal, the leaders of the political parties representing the people of Sikkim and Government of India, provided that all Judges in Sikkim shall be independent in exercise of their judicial function. In keeping with the ideal and the set goal, the process of separation of judiciary from the executive started soon after the merger. In 1978, Sikkim Civil Courts Act was passed with a view to consolidate the laws relating to the Constitution of Civil Courts subordinate to the High Court and other relevant matters. The Sikkim State Judicial Service Rules 1975 and the Sikkim Superior Judicial Service Rules 1980 were framed providing for the mode of recruitment and service of judicial officers, thereby creating a separate cadre of judicial officers in the State. Besides, the Code of Criminal Procedure 1973, which provided for separation of judiciary from thee executive was extended and enforced in the State of Sikkim in the year 1994.

With the commencement of the Constitution and under the new democratic set up the restriction placed earlier on lawyers to appear in Courts came to be ignored. Thus institution of lawyers as it exists today came into existence.