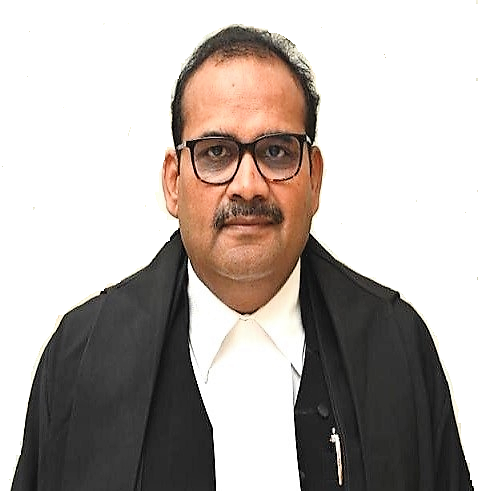 His Lordship was transferred as the Chief Justice of the High Court of Sikkim on January 06, 2021.

His Lordship was elevated as the Judge of the Supreme Court of India on August 31, 2021. 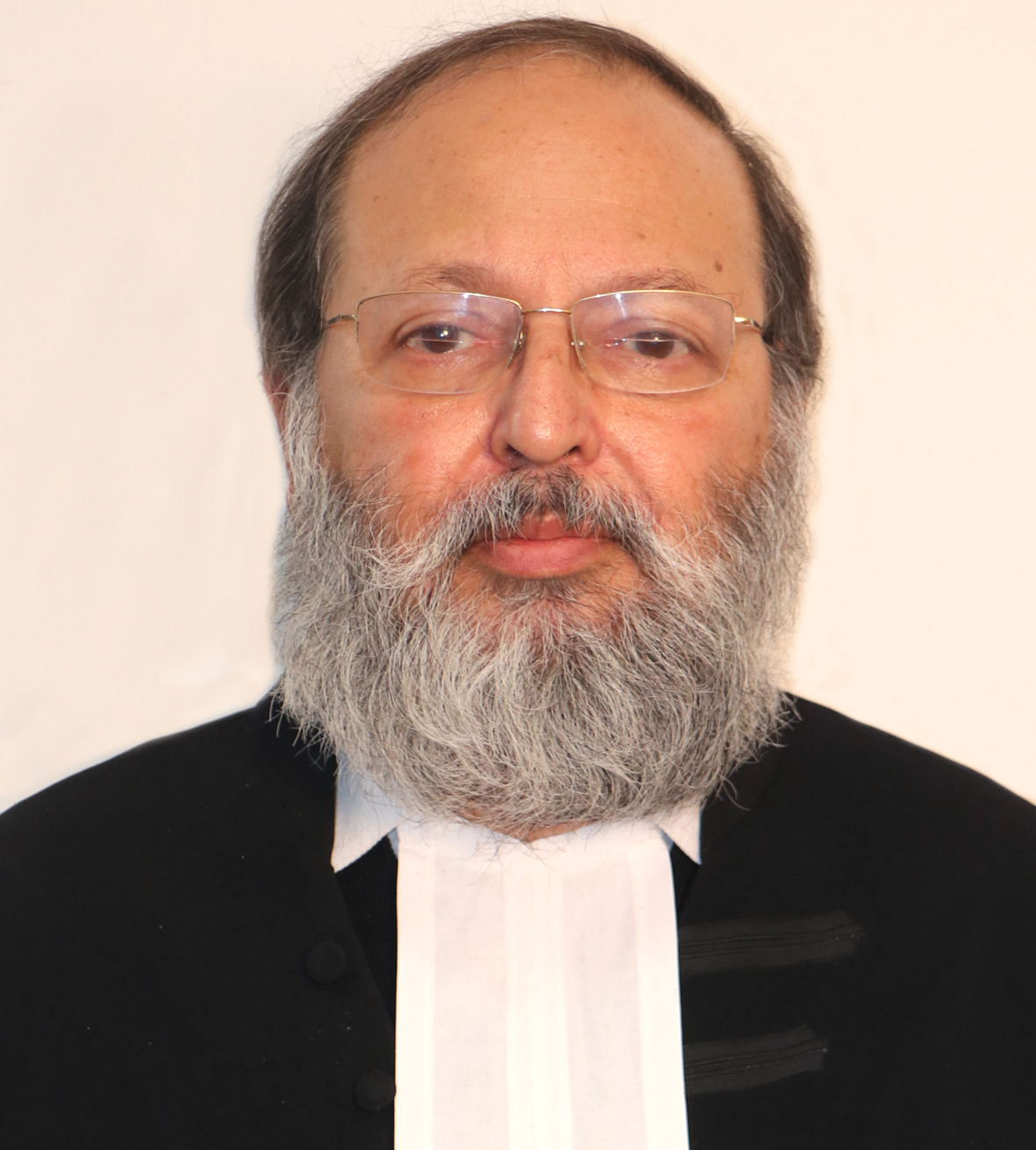 Born on 11.03.1961 at Jorhat, Assam. Graduated in Economics (Hons.) from Cotton College under Gauhati University in 1981. Obtained LL.B. Degree from Government Law College, Guwahati in 1985. Enrolled as an Advocate with the Bar Council of Assam, Nagaland, Meghalaya, Manipur, Tripura, Mizoram and Arunachal Pradesh on 16.8.1985. Practiced mainly on the Civil, Criminal, Constitutional and Service matters. Was designated as Senior Advocate by the Gauhati High Court on 21.12.2004. Was Standing Counsel of the Gauhati High Court, Karbi-Anglong Autonomous Council and North Cachar Hills Autonomous Council. Had also been a Senior Standing Counsel, Education Department, Government of Assam.
Appointed as an Additional Judge of the Gauhati High Court on 24.01.2011 and became a permanent Judge w.e.f. 07.11.2012.
Was the Executive Chairman of Nagaland State Legal Services Authority from 01.04.2011 to 12.08.2013.
Was the Executive Chairman of Assam State Legal Services Authority from 06.06.2018 to 14.10.2019 and the Executive Chairman of Arunachal Pradesh State Legal Services Authority from 08.03.2016 to 14.10.2019.
Was Chief Justice (Acting) of the Gauhati High Court from 06.09.2018 to 29.10.2018 and also from 24.05.2019 to 06.10.2019.
Was Editor of ATMAN, a Biannual News Bulletin of the Gauhati High Court, from October, 2018 to 14.10.2019.
Was the Secretary General of the Gauhati High Court Bar Association for the period 2000-2001.
Represented Assam in Ranji Trophy. Also represented East Zone in Under-19, Under-22 and at the senior level.
Appointed as Chief Justice of the High Court of Sikkim on 15.10.2019.
Transferred to Andhra Pradesh High Court .
Duration:1 years 2 months 21 days 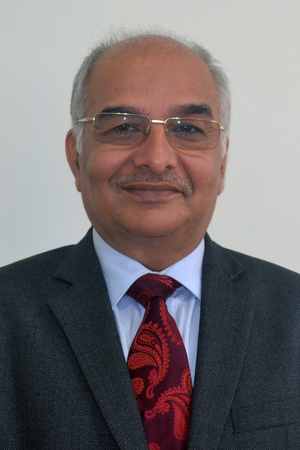 Mr. Justice Satish Kumar Agnihotri, after having completed Graduation in Science and Post Graduation in History from A. P. S. University, Rewa, shifted to Delhi to obtain Bachelor of Law Degree from Delhi University in the year 1982. Enrolled with the Bar Council of Delhi in August 1982 and commenced practice of legal profession. His Lordship was appointed as Standing Counsel (Civil) of State of Madhya Pradesh in October, 1988 in the Supreme Court of India and continued as such till the date of elevation i.e. 5th May, 2005 to the High Court of Chhattisgarh, as Judge. Apart from appearing for the State of Madhya Pradesh, appeared for M.P. State Electricity Board, Delhi Transco Ltd., Gujarat State Electricity Board, various corporations and authorities in the Supreme Court, High Court of Delhi and other High Courts. Has an opportunity to appear in the important cases in Constitutional Law, Taxation, Service Law, Writ Petitions etc. participated in Arbitration. Some of the leading cases are Presidential reference on Dissolution of legislative Assemblies, Abolition of State Administrative Tribunal, River Water Dispute, T.N. Godavarman (Forest matters). Child Labourers Case, All India Judges Case etc. He has attended and delivered lectures in SAARC Law Conferenc in 1996 at Dhaka, Bangladesh; the Biennial LAWASIA Conference in 1997 at Manila, Philipines, the Biennial LAWASIA Conference in 1999 at Seoul, Korea and UIA Conference held at New Delhi. Travelled Europe, America and Far East countries.
He assumed office as Judge of the Madras High Court on 26th September, 2013. Further, assumed office of the Chief Justice, as the Acting Chief Justice, Madras, High Court on 13.02.2014 and continued as such till 25th July, 2014. He was also the Chancellor of the National Law University, Trichi during this period. He was nominated Executive Chairman of the Tamil Nadu, State Legal Services Authority on 21st November, 2013 and continued thereon, till his transfer as Judge to the Sikkim High Court, wherein he assumed office on 23.05.2016 as first Puisne Judge of the Sikkim High Court.Mr. Justice Satish Kumar Agnihotri, Chief Justice, High Court of Sikkim was Conferred with Doctor of Letters (D. Litt.) in Law by Awadesh Pratap Singh University, Rewa, Madhya Pradesh, in its 5th Convocation Ceremony held on 17th November, 2016.
His Lordship, thereafter, assumed the charge of the Office of the Hon'ble Chief Justice, High Court of Sikkim in the forenoon of 22.09.2016.
Retired on 30-06-2018.
Duration: 1 year, 9 months and 9 days . 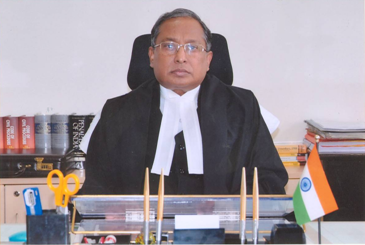 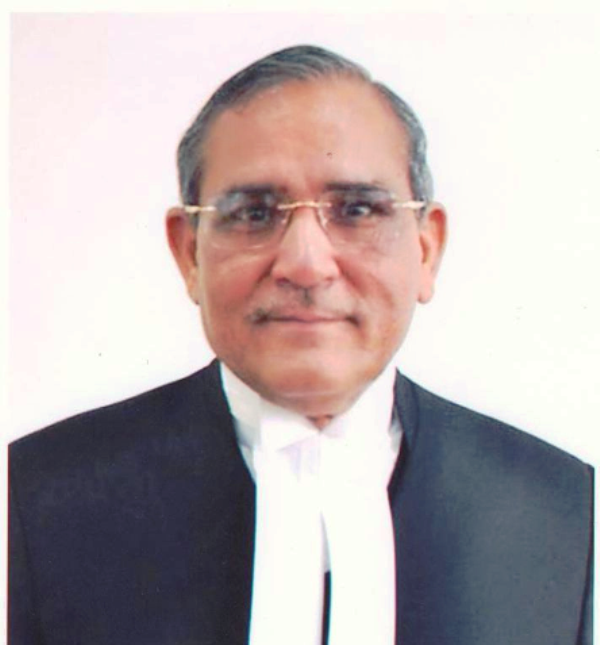 Justice Narendra Kumar Jain was born on 8th October 1952 at Newai, District Tonk, Rajasthan. He completed his secondary school from Newai in the year 1969 and then higher secondary and Bachelors of Commerce (B.Com) in the years 1970 and 1973 respectively from Tonk, Rajasthan Thereafter, Justice Jain shifted to Delhi in the year 1973 and took admission in the University of Delhi in 1974 and completed his Bachelors of Law (LL.B) in the year 1977. Justice Jain then shifted to Jaipur and got himself enrolled with the Bar Council of Rajasthan on 28th May 1978 and started his legal practice in the Rajasthan High Court, Bench, at Jaipur.
He practiced on civil, criminal, misc and service writs, taxation, labour, company, service and revenue matters. In the High Court, he was the Standing Counsel/ Panel Lawyer for Regional Provident Fund Commissioner, Income Tax Department (also in the CAT),National Insurance Company, Jai Narayan Vyas University, Jodhpur and Medical and Health Department, Government of Rajasthan. He was also the Deputy Government Advocate of Commercial Taxes Department, Government of Rajasthan in Sales Tax Tribunal at Jaipur. He was elevated as a permanent Judge of the High Court of Rajasthan on 2nd September 2004. He was nominated as the Administrative Judge on 21st November 2012.
He was the Acting Chief Justice of the High Court of Rajasthan from 14th December 2012 to 2nd January 2013. He was appointed as the Executive Chairman of the Rajasthan State Legal Services Authority on 17th January 2013. Transferred from Rajasthan High Court to the High Court of Sikkim and was sworn in and assumed charge as a Judge of this Court on 30.09.2013. Assumed charge of the office of the Chief Justice (Acting), High Court of Sikkim on 02.10.2013 (forenoon). Appointed and assumed charge of the office of the Chief Justice on 07.01.2014.
Retired on 07.10.2014.
Duration:9 months Justice Pius C. Kuriakose was born on 2nd October, 1951 at Trippunithura, the capital town of the erstwhile princely State of Cochin in Kerals. He graduated in Law from the Maharajas Law College, Ernakulam, Kerala with flying colours. He joined the Bar on 9th November, 1974. He practised in the Kerala High Court and in various Sub-Ordinate Courts in and around Ernakulam. Within a few years he emerged as one of the most successful and sought after lawyers at Ernakulam. He specialized in Civil, Criminal and Constitutional matters. He had the privilege of initiating a large number of invoices into the legal profession. Most of them are doing very well. One of them is a Sitting Judge of the Kerala High Court and another member of the Kerala Higher Judicial Service.
He was elevated as Additional Judge of the Kerala High Court on 9th September, 2002 and made permanent Judge of that Court on 8th September, 2004. As a Judge of the Kerala High Court he disposed off about 41,000 main cases, about 500 of them pertaining to various discipline of law were reported in various law journals. As the first President of the Kerala Mediation Center, he propagated mediation throughout the State. He had the longest tenure as the President of the Kerala Judicial Academy. He was appointed as the Chief Justice of High Court of Sikkim on 28th March, 2013.
Retired on 01.10.2013
Duration:6 Months 4 Days 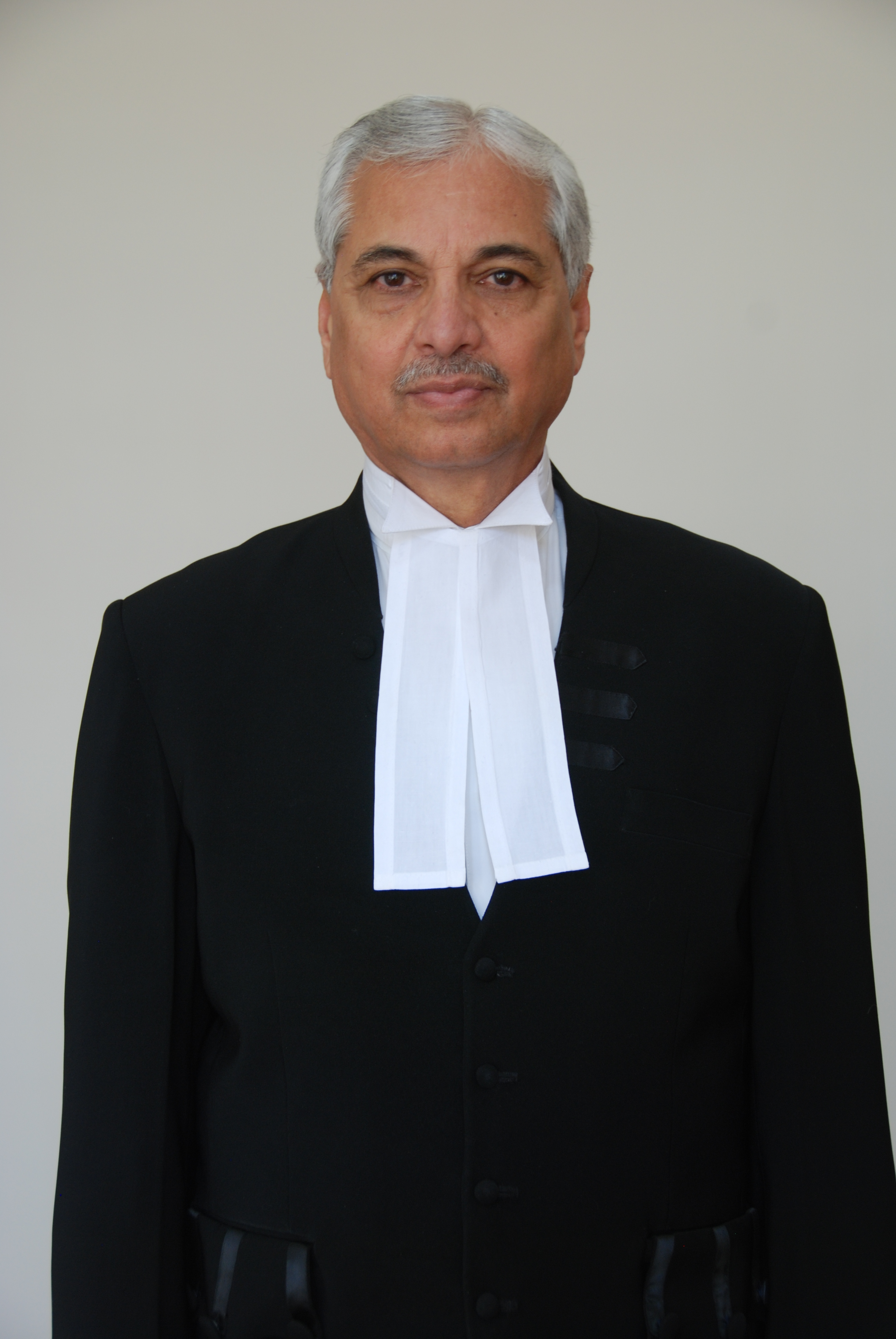 Born on 01.03.1951 in the border town of Rajouri, State of Jammu & Kashmir. After graduation from G.G.M. Science College, Jammu, secured degree of Law from University of Jammu in the year 1972. Joined Bar at Jammu on being enrolled on 12.10.1972. Appointed Additional Advocate General of the State during Governor’s Rule in the year 1990 and took over as the Advocate General of the State in December, 1990. Continued as Advocate General up to January, 1992 and designated as Senior Advocate in April, 1991. Conducted cases on Constitutional, Civil, Taxation and various legal branches of Law and remained Legal Advisor to Sri Mata Vaishno Devi Shrine Board and Sri Mata Vaishno Devi University till elevation.
His Lordship was appointed Additional Judge of the High Court of Jammu & Kashmir on 07.01.2003 and as permanent Judge on 03.01.2005 and worked as such up to 28.04.2005. Was transferred to Jharkhand High Court, Ranchi at his Lordship’s request and took oath on 04.05.2006. His Lordship was transferred to Punjab and Haryana High Court and took oath on 10.05.2007. His Lordship was elevated as the Chief Justice of the High Court of Sikkim on 12.12.2011.
Retired on:28.02.2013
Duration:1 year 2 months 16 days 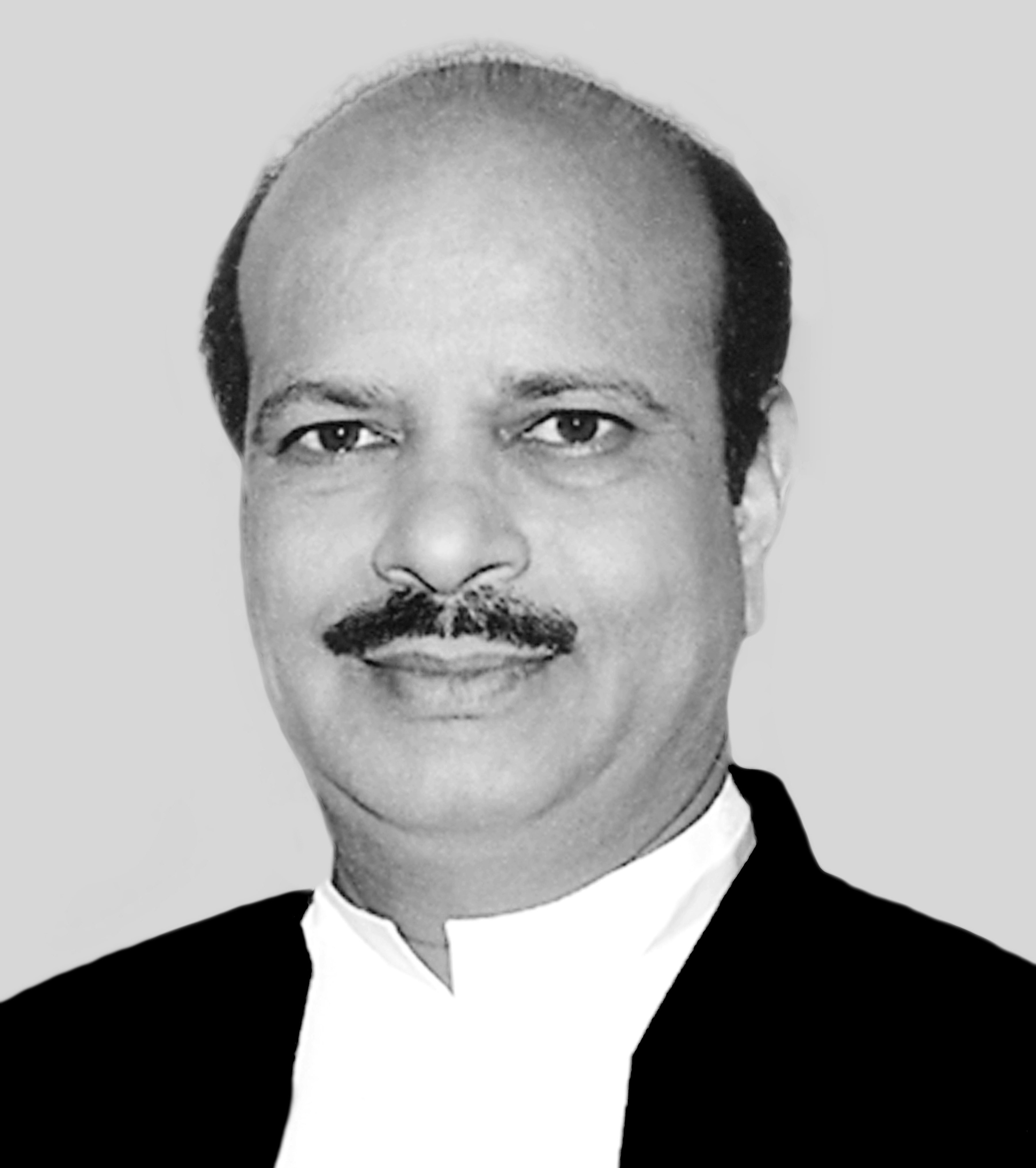 Paul Daniel Dinakaran Premkumar, was bon on May 9, 1950. He was enrolled as an Advocate on August, 25, 1976 and practised in the High Court and the Administrative Tribunals at Madras both in the Original and APpellate Sides in Writ, Services, Labour, Civil and Criminal matters. Worked as a Legal Adviser and Standing Counsel for Pondicherry University, several local bodies and other institutions and the Central Government. He was appointed as a permanent Judge in the Madras High Court on December 19, 1996. He was appointed as the Chief Justice of the Karnataka High Court on August 8, 2008. Transferred to High Court of Sikkim on 09.08.2010.
Retired on 29.07.2011
Duration:11 months 20 days 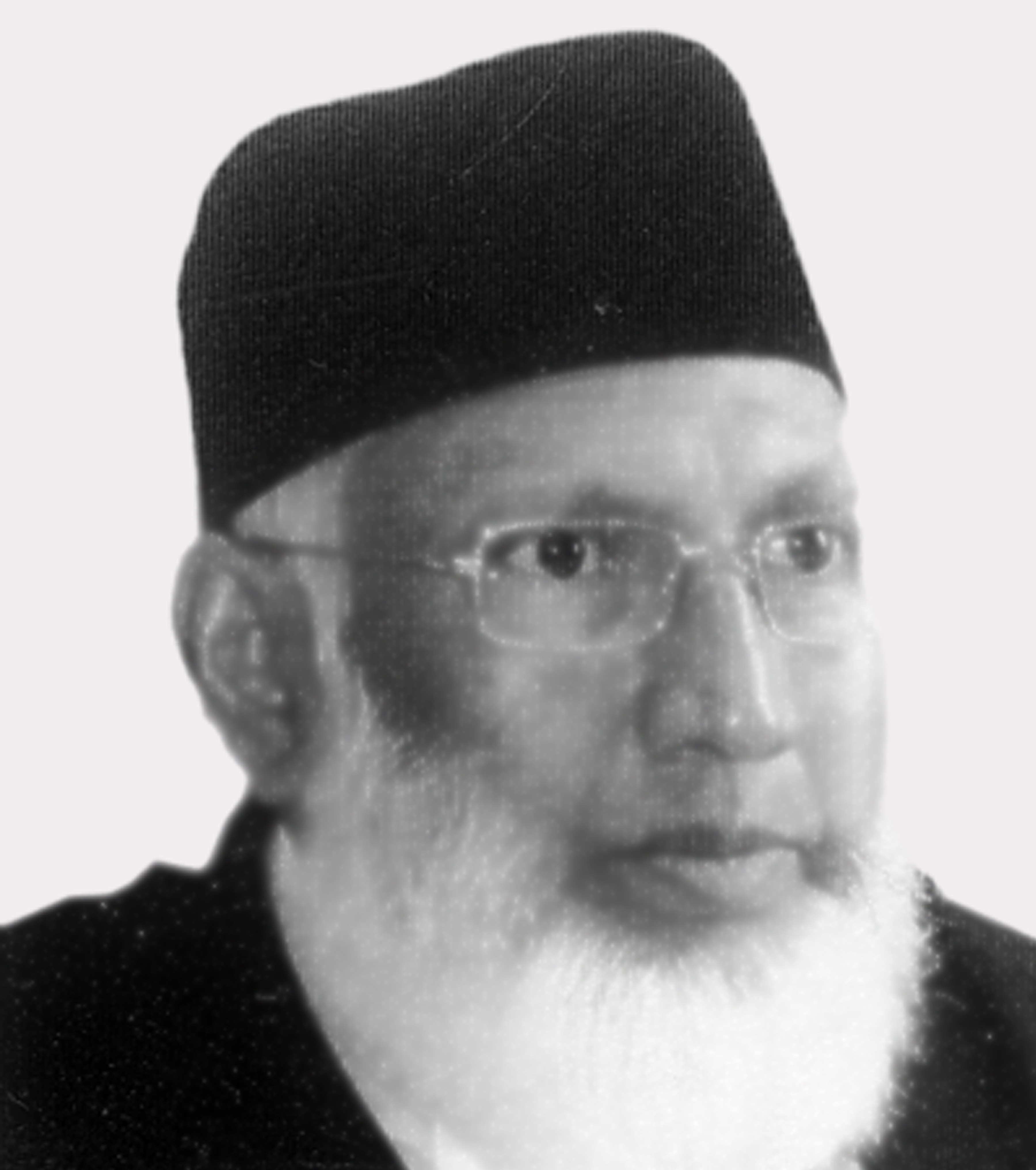 Hon'ble Dr. Justice Aftab H. Saikia, was born on 7.4.1949 at village Dampur under Hajo Police Station in the District of Kamrup. Obtained B.Sc with Distinction from Cotton College, Guwahati in 1969. Obtained LL.B. and LL.M. from Gauhati University (G.U.) in the year 1974 and 1982 respectively. He was enrolled as an Advocate with Bar Council of Assam, Nagaland, Meghalaya, Manipur, Tripura, Mizoram and Arunachal Pradesh on 9.8.1974 and since then practised in Civil, Criminal, Constitutional, Service and allied matters for 26 years in the Gauhati High Court at Guwahati and other outlying Benches in the North East including the Subordinate Courts. He was Government Advocate and Additional Public Prosecutor, State of Assam in 1983-86 and also Additional Central Government Standing Counsel in 1991-1994 in the Gauhati High Court. Was Standing Counsel, Guwahati Municipal Corporation in 1996 and Legal Adviser, Pollution Control Board, Assam since 1991 till his elevation as High Court Judge in 2000.
He was associated with J.B. Law College, Guwahati under G.U. as Lecturer in 1977-1991 and Principal therein in 1991. He was Guest Lecturer, LL.M. classes in the Department of Law, G.U. in 1983-1985 and 1988-1989 and in University Law College, G.U. in 1991-1993. Also associated with Faculty of Law, G.U. as Member in 1980-91. He was Member, North East Bar Council since 1983 and Vice-Chairman therein in 1996-1998. Was permanent Member, Indian Law Institute, New Delhi. He was designated as Senior Advocate on 3.6.1999. He was appointed as Permanent Judge of the Gauhati High Court on 15.11.2000 and stationed at Principal Seat at Guwahati. Was Judge, Administrative Department, Gauhati High Court and Executive Chairman, Assam State Legal Services Authority, Assam. He was elevated as Chief Justice, High Court of Sikkim on 07.03.2009 (Forenoon). Transfer to Jammu & Kashmir High Court on 07/04/2010.
Retired on 07.04.2010
Duration:1 year 1 months 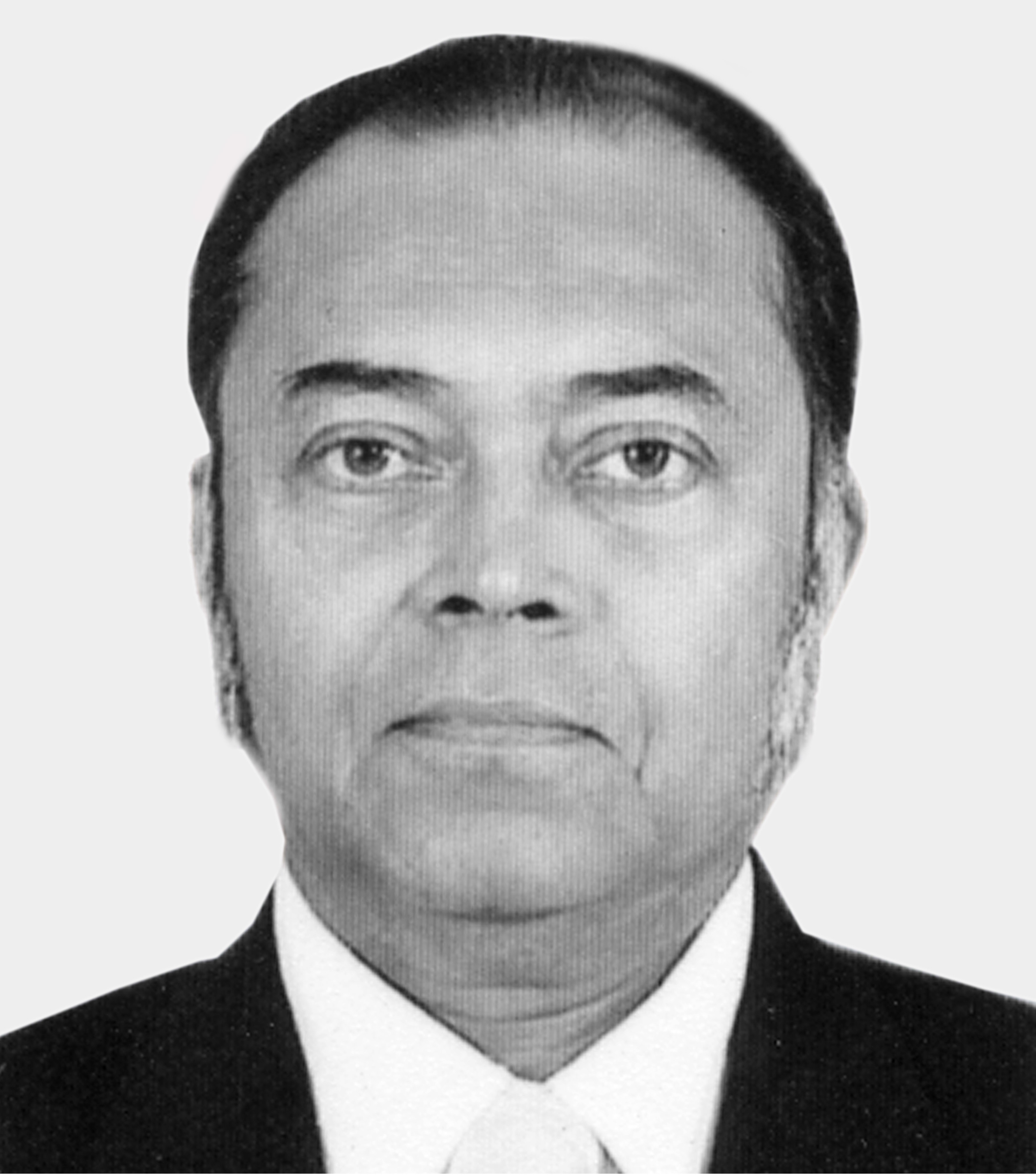 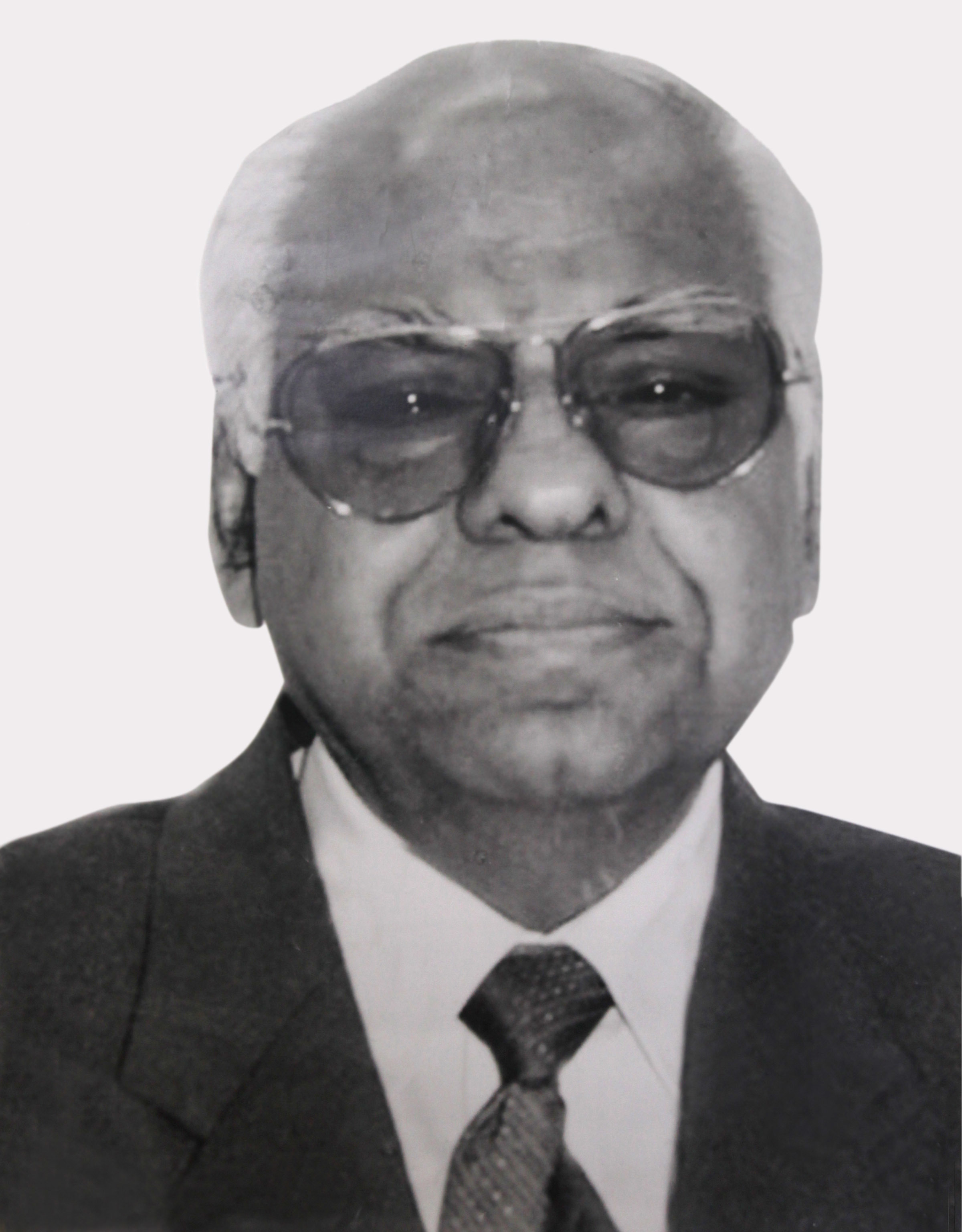 Born on 26.9.1935 at Madras, Educated at Pachaiyappa’s School and College, Madras. Obtained degree in Economics in 1958. Took Law Degree in 1960. Enrolled as advocate in Madras High Court in 1962. Joined as Judicial Member in Income-tax Appellate Tribunal in 1980. Served in that capacity in the Benches at Delhi, Hyderabad and Madras. Appointed Judge of Madras High Court on 14.8.1988. Appointed as Chief Justice of Sikkim High Court on 27.08.1997
Retired on 27.09.1997
Duration:31 days.